Apply to Work With Us Apply Here 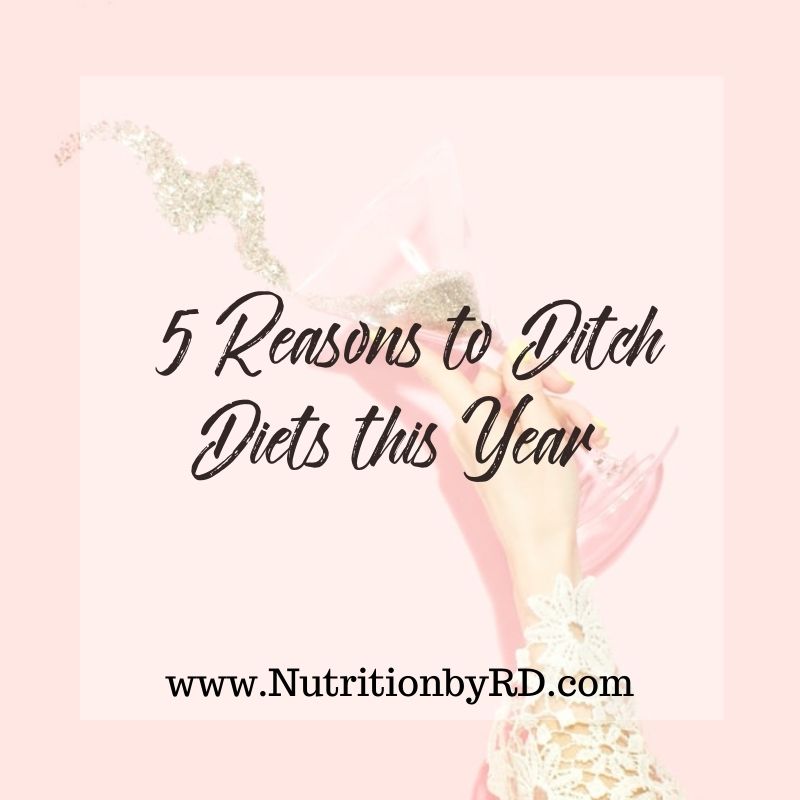 January is commonly known as “national dieting month.” This cycle is overdue for a change. Each year people all over the world set out to make the most of the New Year’s blank slate. New year, new me as the saying goes. Willpower is often emphasized at the expense of other factors. This introduces a problematic scenario for dieters, as it reinforces the idea that failed attempts are a personal shortcoming. Unlike the popular misconception, it is dieting itself, not personal willpower, which is the issue.

When it comes to dieting, buyer beware. Research indicates that diets do not produce long-term weight loss or health results. In fact, in many cases they lead to net weight gain. Additionally, they often bring about a whole host of negative side effects. Harmful effects of dieting include ruined relationships with food, negative body image, altered hunger and satisfaction cues, decreased metabolism, and negative effect on social life. Evelyn Tribole and Elyse Resch noted in their book Intuitive Eating, “If dieting programs had to stand up to the same scrutiny as medications, they would never be allowed for public consumption.” To learn more about Intuitive Eating please see my previous blog post here.

You’ll likely be bombarded with diet messages this month, which makes it essential to be armed and prepared with all the facts prior when considering a new diet. Below are a few reasons to avoid dieting and a few suggestions for where to redirect those efforts.

What is the problem with dieting?

If diets don’t work, then what’s the alternative?

In a society so heavily influenced by diet culture, it can be tough to come to terms with the the fact that dieting and weight loss wont necessarily make you healthier. However, this does not mean that improving your health is impossible. Fortunately, there is an alternative and more sustainable solution, which emphasizes small changes in eating habits. This more mindful approach focuses on the importance of listening to your body as opposed to following rigid diet rules.

It is helpful to think about what was the initial impetus of your your interest in dieting and weight loss. Popular reasons include improved health, enhanced energy, and increased confidence and happiness. As noted before, dieting may actually provide you with the opposite results.

An individual rarely makes a dramatic lifestyle change and sticks to it in the long-term. There are of course outliers. Rather than focusing on restriction or on an entire diet overhaul, it’s best to focus on making tiny habit changes. These tiny habit changes compound overtime leading to success which may be measured by enhanced health AND happiness. Succeeding at a small goal leads to increased motivation to tackle other more ambitious goals. Above all, remember that slow and steady wins the race.

Goal setting tends to be most successful when one or two are worked on at a time. Additionally, it helps to ensure that they are SMART goals. SMART is a useful acronym used to help you define your goals. To be smart the goal must be specific, measurable, attainable, relevant and time-based. Here are some goals for you to consider: